Hurricane Harvey hit Houston and surrounding areas hard, and resulted in thousands of people being displaced and even more suffering serious damage to their homes and property. Goodman Financial has always been proud of its Houston roots, and many of the GFC team were educated in Houston and have lived here for the majority of their lives. The hordes of civilians who stepped up to volunteer and help out after the storm made headlines, and GFC wanted to be a part of that amazing Houston spirit. In an effort to give back to the community that has given us so much, the firm decided to donate time together to help with the relief efforts.

On September 18, the firm closed the office at noon and spent the rest of the day at the Houston Food Bank sorting food, making boxes, and preparing disaster kits for displaced families using donated items. Some volunteers were stationed at tables where they packed boxes with nonperishable food items. Other volunteers would travel the perimeter of the room collecting more items for the packers to use as the supplies at their tables diminished. Each kit was stocked with various canned and packaged foods ranging from soups, packages of pasta and rice, canned veggies, cured meat, and other donated goods. Those packing the boxes tried to assemble the boxes in such a way that the recipient could put a meal together from the items.

The firm also presented Houston Food Bank CEO Brian Greene with a $5,000 check to further help recovery efforts. The monetary donation will allow the food bank to provide 15,000 meals for the community. Goodman Financial has been making cash donations to the Houston Food Bank for years in the form of employee grants. At the end of each year the firm awards each employee $1,000 to donate to any charity of their choosing, and Houston Food Bank is a popular choice.

The entire firm volunteered together at the Portwall location. The Houston Food Bank runs like a well-oiled machine, and the team got to work right away. There were Food Bank employees from across the nation that had come to help with the aftermath of Harvey, as the bank was in need of additional volunteers during this time. There were a few dozen other volunteers also present at the same time. By the end of the four-hour shift, the group had created a total of 1,000 disaster kits, which equaled 6,000 meals for families across Houston.

This was a great day of living out our commitment to philanthropy. We feel so strongly about giving back to the community that we have even included it in our logo. We feel fortunate to have been able to be even a small part of Houston’s revival post-Harvey. 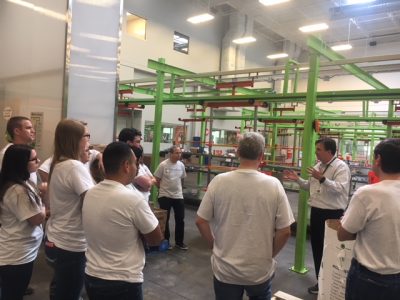 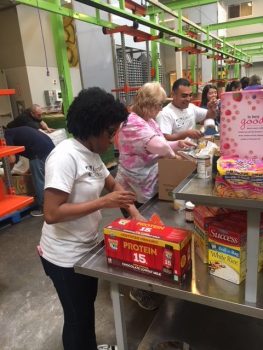 Each quarter, we distill the highlights for distribution to our clients in our Market and Economic Review